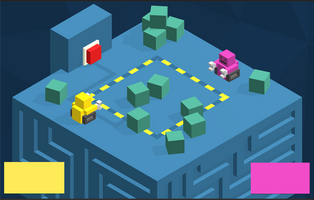 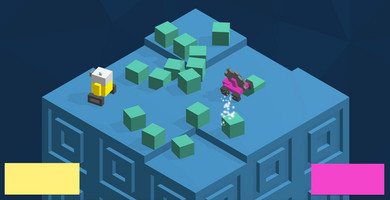 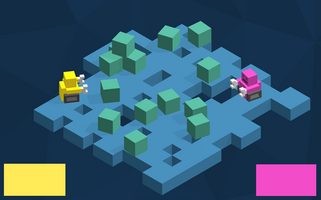 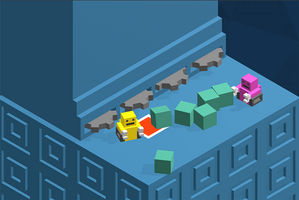 I recently added 2 new bots to BotSumo, the first one I had a little bit of help from my friends on Facebook, helping me choose which of these 2 looked best:

The result was like 99.9% in favour of the one with eyes. I thought the one without would be a bit interesting, inspired a bit by the robot from the new Lost in space, which only has one big screen for an eye.

Anyway, this guy has a spinning arm, which you can see better in this video:

Also there’s this new bot, which swings his arms around like a boxer. Pretty deadly!

Here’s a video of him in action:

Also there’s been lots of people posting their videos of BotSumo, which is great to see! Here’s a recent one:

Also BotSumo is now out for iPhones! See it on the Apple App Store here.

Battle your opponent bot & push them off the edge in this quick, 2-player game